Shanghai, is not only the most developed and dynamic city of China, but also a commercial and financial center for the world economy. Benefitting from a politically stable and business friendly environment, Shanghai has become a powerful international trade center and a world economic magnet, with numerous business and commercial opportunities.

Located at the center of China East Coast, Shanghai is the main hub for the Chinese flooring industry both on the production and trading level.

Transportation and logistics needs are met by some of the largest and most sophisticated facilities in the world. DOMOTEX asia/CHINAFLOOR visitors and exhibitors are served by two advanced airports (Shanghai Pudong International Airport, Shanghai Hongqiao International Airport) with commercial airline and airfreight connections to every corner of the world. Shanghai also boasts one of the world’s largest and most sophisticated seaports and is well served by China’s large high-speed railway network that connects Shanghai with the rest of China. Shanghai highway system makes visiting nearby flooring manufacturers and other points of interest simple by car while Beijing and other large destinations are only a few hours away using China’s high-speed rail system. Getting around the city is also made easy using Shanghai’s modern subway system with stations at the SNIEC.

RestaurantsIn a city that offers so many culinary options, from roadside stalls to Michelin-star restaurants, it can sometimes can be difficult to choose where you want to go. Check here a wide range of restaurants in Shanghai (SmartShanghai.com website – Dining section), read reviews and get the addresses.

EntertainmentShanghai is one of the world's most entertaining cities. For an insight on the best attractions of Shanghai, have a look to this link. Here you are able to check out Shanghai’s most popular spots.

ClimateShanghai has a humid subtropical climate with four distinct seasons. Therefore is it important to be well prepared if you are planning to come to Shanghai. 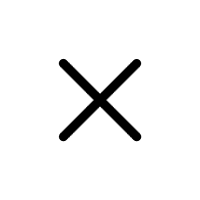